A Gemini man date of birth lies between May 21st and June 20th, and his ruling planet is the Mercury. Because of having the Twins as the main symbol, almost the Gemini men always display their duality in the behaviors. In other words, the Geminis traits are described by their dual nature and outstanding inconstancy.

With the dual nature, the Gemini male often observes an event from dual viewpoints. Hence, they’re able to hate and love a thing at the same time and you can meet difficulties in distinguishing their two sentiments. Besides, their inconsistency also makes them fickle for the others to understand. Although being gifted a strong ability of insight, they are often inattentive to it. That’s why those men are quite suspicious and envious. Or sometimes, they might work out a situation wrongly or recognize a close friend as an enemy.

Some negative traits of the Gemini man 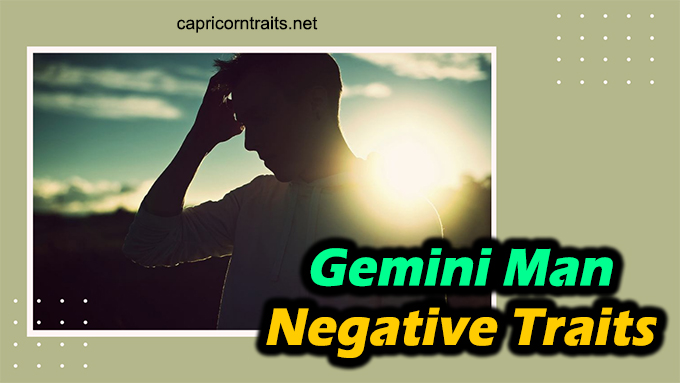 Truly, it’s quite hard to understand about the mysterious dual nature of the Gemini male. He can become unpredictable and willing to show his outburst of anger anytime. Sometimes, you recognize that he’s funny and serious, making the others feel like. Or one might feel that he has 2 different characteristics. It can be said that his unruly nature could make himself meet some troubles in staying at a place for a long time. Besides, it also makes the others feel hard to cope with his impatience. Truly, alike other signs, this one also has its own negative traits which are different in some aspects.

The Gemini male, himself, prefers freedom a lot, and he never likes to be bonded by invisible instructions from anyone. If you want to get in touch with him, keep in mind that he rarely shows his jealousy. Perhaps, he, sometimes, is lacking in passion. However, he can make his partner feel happy because of his romantic ideas. He will believe in his partner, and he also wants the same thing from her. Moreover, he also asks for the sharing in knowledge, money, and other things.

Although the Gemini men are always full of energy, they tend to bite off more than they can chew. So, that’s why he often feels anxious and erratic in deciding to do something. In addition, he often lacks of the direction and concentration in life. Hence, he’s always bored with the things that he’s carrying out.

All in all, there are just some typical negative traits of the Gemini man that we’ve shown you. Certainly, except from bad traits, he also own good ones. Therefore, if you are still puzzled in any matter, don’t be reluctant to leave your questions in the box here to get our instant replies. Love serving you!

Gemini is a restless, versatile, intellectual, eloquent, enthusiastic, adaptable, and witty person. Sometimes, he or she is so talkative. They cannot stop talking, but essentially show their own personal experience. People born under the Zodiac sign Gemini are very smart and intelligent. It seems that their talents with words also help them in their life […] 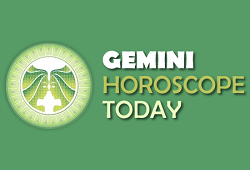 The Gemini horoscope today can be a great tool to find out what lies ahead for the day. Monthly forecasts are also a great way to make plans beforehand so that the best conclusion can be reached. Here are the 3 things which the Gemini should be aware of according to their forecasts. Astrology Zodiac […] 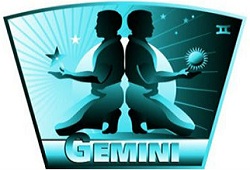 Today, Gemini horoscopes are mentioning that you need to start considering the ideas of others. You may have good ideas but you will be missing out on more important ones if you ignore the ideas made by other people. In order to derive more benefits from the reading, you must go into more details. Astrology […]