Sagittarius is the 9th sign of the zodiac with

People having the dates of birth from 22nd November to 21st December belong to the Sagittarius. Because the Sagittarius is ruled by Jupiter, and Jupiter was the King of Gods in the ancient history of Roman, so most of the Sagittarius people say that they bring the royal pedigree. That’s also why they look like generous noble leaders. In order to shortly tell about traits of these folks, we can use some words such as generosity, candour, altruism, fearlessness, self-reliance, overconfidence, bluntness, inconsistency, brashness and lack of concentration. These qualities can be divided into two following main parts.

It’s probably said that the folks belonging to the Sagittarius are intelligent, fearless and self-reliance; as a consequence, they are typically ready to take up a variety of challenges in their life and overcome them to achieve the expected goals. Being the born optimists, the Sagittarians never fall on their knees on the ups and downs of life. Further, with the confident and independent characteristics, these folks can beat many demanding difficulties on their paths to success. Other qualities of the Sagittarians which make their friends have a high regard for them are candour, generosity and altruism. The Sagittarians are willing to help people around them, and forgive their acceptable mistakes. In addition, their candour is regarded as the best characteristic making their friends totally trust in them.

Beside the good qualifies, the Sagittarians also perform some negative ones like overconfidence and brashness. Surely, these traits make these folks have the tactless attitude as well as the rude behavior towards some people, and hurt them. Sometimes, in discussions, the Sagittarians show the inconsistency, and even cause embarrassing cases for the other members. In fact, this will not be good at the relationship between them and their coworkers. Moreover, the lack of concentration is their big problem, which creates bad results for their work. In the life, everyone needs to be considerate towards many people around him to keep various relationships good and stable. However, the bluntness is one of the weaknesses of the folks belonging to the Sagittarius.

For more information about the article “Sagittarius Traits“, please contact us by submitting your questions in the box here. 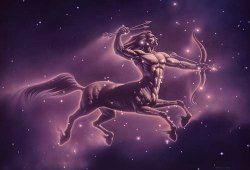 The Archers are curious and philosophical. It is hard for them to believe anything or anyone at the first sight or in the first meeting, and thus it takes them a lot of time to form opinions. They aim to uncover the mysteries of their own and others with their innate curiosity and penetrating logic. […] 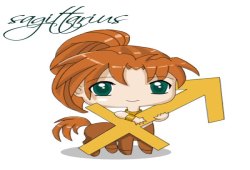 Hi, Sagittarius! A mistake someone else is making will give you not only a cautionary tale but also a redefinition of your approach to life. Do not judge other people since it only leads to loneliness and isolation; instead, you should learn to live and let live. If you are worrying about someone’s mistakes, show […] 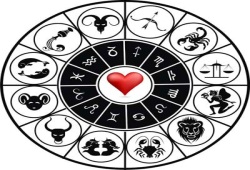 Since Horoscope world has been modernized for a period, everybody can enjoy Compatible Horoscope from the huge collections of online practitioners across the world. If accepting to let horoscope compatibility heal your body and mind, come to the zone of authenticity via the gradual and cautious research! Since the Internet readers are mostly experienced, compassionate, […]