Anyone who was born between December 22nd and January 19th comes under the Capricorn Zodiac sign. The Capricorn-born is good at earning money. Be under the light of Saturn, these rational and reasonable people don’t believe in fortune. They think that the harder they work, the luckier they receive. The Capricorn people are goal-oriented and they always attempt their best to come closely to the top of success. And that’s all they want in their life.

Nonetheless, whenever coming to the path of success, the Capricorns often forget their relationships. Therefore, ensure that you always keep in touch with your caring side because everything might get worse if the Capricorns begin to put a price on all the things. 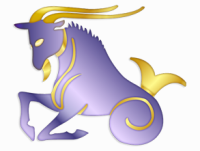 Truly, 2014 will not be an easy year to the Capricorn people. They are able to face up with troubles with any aspect of life. Even, they feel hard to attain their own aim. However, there is nothing bad happening because they can deal with the troubles smoothly and easily. The Capricorns will receive a huge support from the 3 planets as the Saturn, the Mars, and the Sun. Relying on that, they can start anything at the same time in order to conquer the troubles. However, they also endure negative effects on the Jupiter and the Moon. So, they should concentrate on and observe surrounding things.

From January to February, the Capricorn-born feel, sometimes, difficult to acquire their desired aim. So, if they’re lack of responsibility and carelessness, 2014 will become a tough and difficult time. However, if they’re fully-prepared to fight for attaining their aim, success will appear soon as long as they have a trust in themselves.

The Capricorns feel better in March and April because their ruled planets start operating strongly. Nonetheless, they should be careful before starting anything to avoid making any mistake. Don’t be hurried because you might receive disadvantages!

Everything will happen normally from May to August. They will receive lots of promotion to their own job. Perhaps, it’s a great time so that they can see their future path. From September to November, they should take care of their job carefully because there are some troubles to the working place as well as the co-workers. The most important thing is that they need to find a solution to overcome this urgent case.

At the end of the year, the Capricorns will receive some luck, no matter what heath and money. They will be full of energy to deal with the job. In addition, their relationships have good symbols.

If you want to comprehend more about this topic “Capricorn Horoscope”, leave your comment in the box and then get our reply within 24 hours.

As if the Capricorn man is the one you like to make a great impression first of all, you’ve almost been caught in the eyes due to his amazing nature in achievements and career success in finance. Guess what? The sign Capricorn is the sign ruling the Tenth House of Career and Reputation, so he […] 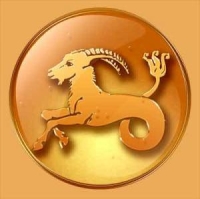 People born under the Capricorn sign (December 22nd – January 19th ) are considered as the most ambiguous ones. Moreover, they always have a clear pursuit of their own aim in life. The Capricorn-born own a positive attitude and huge belief in their capacity. Try to consult more about the Capricorn Signs And Meanings now! […] 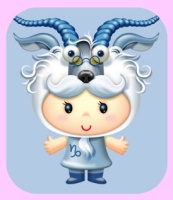 If you are looking for a long-term relationship, getting in touch with someone under Capricorn sign will be a perfect choice. The Capricorn people are trustworthy, decisive, and dependable. If you’re in a loving relationship with the Capricorn or you, yourself, belong to this sign, it will be always good to realize possible issues so […]